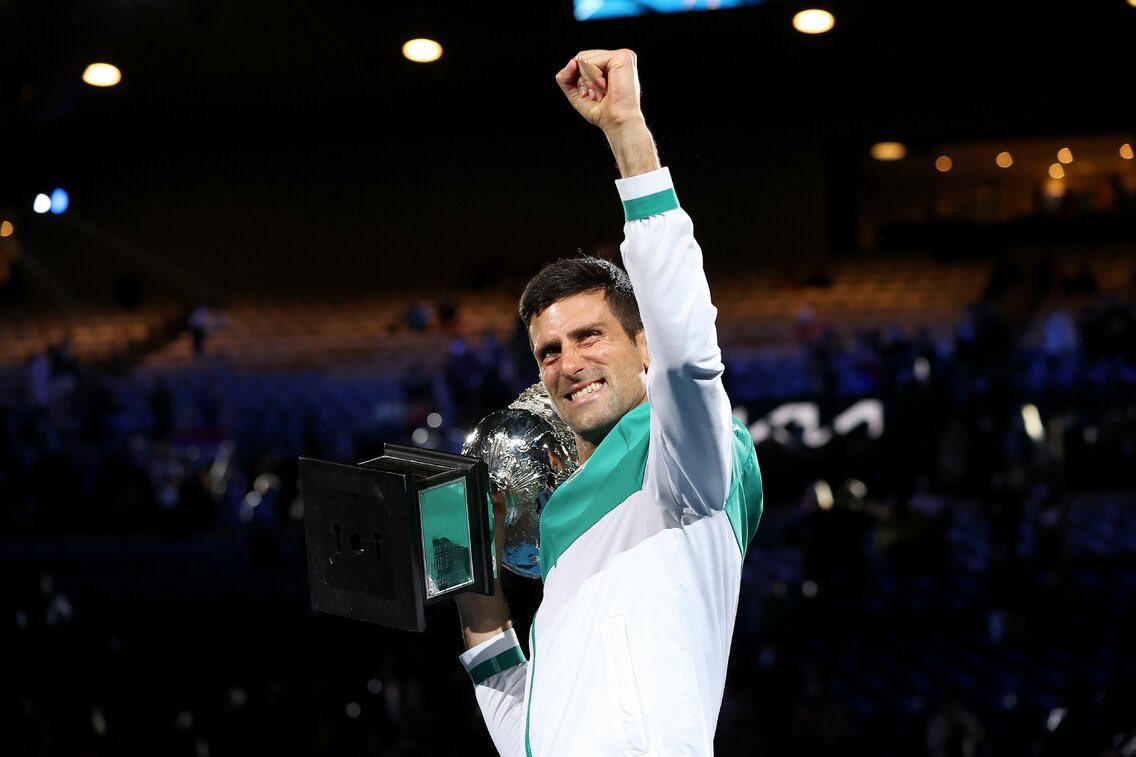 As the Aussie summer swing draws to a close, we’ve been reflecting on an incredible four weeks of tennis. Here are eight things we learnt from the 2021 Australian Open.

This year’s Australian Open proved that it is possible to host a major international tournament safely during the height of a worldwide pandemic.

Huge credit should go to Tournament Director Craig Tiley and the Tennis Australia team for navigating an insanely complicated minefield of issues to stage the grand slam.

“At the beginning, I think there were many people who doubted we could pull it off,” Craig Tiley told reporters last Monday.

Flying 1700 players and support staff into Australia on a fleet of private jets while breaking the bank to host those players and staff in quarantine hotels for two weeks before the tournament, Tennis Australia really pulled out all the stops to make this tournament happen.

“We can look back on it now as a highly successful event in the circumstances. I believe in the coming month, there will be a realisation of the extent of what we managed to achieve in pulling off what we did.”

It can certainly be seen as a huge success that showcased Melbourne as one of the world’s greatest sporting cities.

“Sport in Australia is critical to our livelihood and our wellbeing, and that’s the easiest thing to go in a pandemic. And so we’ve got to fight to keep it, and fight to keep events because that keeps the relevance for the sport and the community.”

Let’s also not forget that this was the first time we had seen large crowds attend a major international sporting event in over a year.

“This was the first time since the start of the pandemic began that there was a sport and entertainment event that had crowds (and) had every top player bar a few that couldn’t make it,” Tiley said.

With COVID-safe measures in place for spectators, Tennis Australia also safely managed to bring live sport back to the community, something that we have dearly missed over the last year.

“I think it is a blueprint that works, it requires more resources and more time, but that’s a commitment that you have to make.”

Dropping only one set throughout the tournament, the ever-humble Naomi Osaka dominated the women’s singles championship as she cruised to her fourth career grand slam title.

Sweeping her way past some formidable opposition that included 2017 Wimbledon champion Garbine Muguruza and 23-time major champion Serena Williams, Osaka once again asserted herself as the player to beat on the WTA tour this season.

And it seems many, including Matts Wilander, are backing this year’s Australian Open champion to become one of the best players the sport will ever see.

Having proved her dominance on the hard courts of Flushing Meadows and Melbourne Park, Osaka will now head into the clay season with her eyes firmly on the Roland Garros title.

But the Japanese star seems to be taking things just one step at a time.

“I’m taking it in sections. Right now, I’m trying to go for five. After five, I would think about maybe dividing the 10, so maybe seven or eight,” Osaka said after her match with Jennifer Brady.

“I like to take things, not big picture. I know that the people that I’m playing against are the best players in the world and, if my time comes to win another Grand Slam, it will come.“

Djokovic parked the bus on the next generation debate

It’s been a rollercoaster of a tournament for the Australian Open men’s champion Novak Djokovic.

After initially facing criticism for his comments on quarantine procedures, Djokovic proceeded to defend his 2020 title, battling through a nasty injury while staging a couple of spectacular comebacks to grind his way to his ninth Australian Open title.

With several next-generation players coming into form ahead of the tournament, including Daniil Medvedev and Stefanos Tsitsipas, many thought the big three’s grand slam hegemony could come to an end.

But the world No.1 proved that the baton hasn’t been passed over just yet.

“It’s a competition between us in all areas,” Djokovic said, referring to himself, Roger Federer, and Rafael Nadal. “But I think that’s the very reason why we are who we are, because we do drive each other, we motivate each other, we push each other to the limit.”

We don’t think he’s going to be passing it on any time soon either.

“Most of my attention and my energy from this day forward, until I retire from tennis, is going to be directed in Majors, trying to win more Major trophies.”

This year’s Australian Open became the first grand slam to implement an electronic line calling system throughout all of its matches.

Despite there being growing support for the use of automated officiating systems, like Hawk-Eye Live, the topic still divides opinions between the tennis traditionalists and those who see the technology as beneficial to the future of the sport.

Some players like Gilles Simon have voiced their scepticism of the software’s benefits, claiming a reliance on Hawk-Eye Live will jeopardise the overall standard of officiating at the professional level.

“Mainly what I least like with Hawk-Eye Live is – and I don’t know if there’s a connection, and for a while, I’ve thought it’s getting worse – the level of umpiring has gone way down,” claimed the former world No.6.

“The umpires are maybe a little less connected during points. And there are a lot of ‘let’ calls – and if it’s not the machine, they don’t see it.”

Voiced by some of 🇦🇺 Australia's frontline medical workers, the 👁 Hawk-Eye Live technology, which replaced line judges, is turning out to be one of the biggest hits of the 2021 🏆 @AustralianOpen! 🎾 👌#AusOpen #AO2021 #BeGrand

With Hawk-Eye Live being proven to be more accurate than human line judges, and with many tournaments opting to use the software this season to comply with social distancing requirements, it’s very likely that electronic line calling systems will become the future of officiating in tennis.

From hard lockdown to a ticket to the final

Four weeks ago, making the Australian Open finals would have been an absurd thought for 25-year-old Jennifer Brady.

Stuck in her hotel room for two weeks, while not being able to practice on court, Brady was one of the 72 players who had to undergo a hard quarantine.

“I would say I didn’t really have high expectations on myself to do well,” the American said. “I came out of the quarantine, and then we were lucky enough to have a separate tournament for us who were in the hard lockdown. I was lucky to get a couple of matches in there before starting here in the Australian Open.”

And with limited preparation under her belt compared to other players, Brady defied the adversities against her to reach her first ever grand slam final.

“A lot of people were complaining, and I told myself I wasn’t going to complain,” she said after her after advancing into the quarterfinals. “There’s way worse things going on in the world than me being stuck in a hotel room for 14 days.”

Don’t rule Serena Williams out just yet. Having just fallen short of this year’s Australian Open finals, 39-year-old Williams has made it clear that she won’t be retiring until she equals or even beats Margaret Court’s record of winning 24 grand slam championships.

Just one slam short of that milestone, the 2017 Australian Open champion looks to be in top form again as she smashed her way past some tough opposition, including Simona Halep, Aryna Sabalenka, and Anastasia Potapova.

And her coach, Patrick Mouratoglou, has reaffirmed there’s no sign of her retiring just yet.

“I don’t think she will stop until she at least wins a grand slam because she came back to win grand slams. She doesn’t quit,” he said.

Before the tournament, not many will have heard of Aslan Karatsev.

But after defeating former world No.3 Grigor Dimitrov in the quarterfinals, the 27-year-old from Russia etched his name into the history books last week as he became the first player in the Open era to reach a semifinal of a grand slam tournament on debut.

But that’s not the only record he broke:

Taking down three seeded players, including Diego Schwartzman, Felix Auger-Aliassime and Grigor Dimitrov, to reach the semifinals, Aslan Karatsev will now shoot 72 places up the ATP rankings into number 42, a career-high for the Russian.