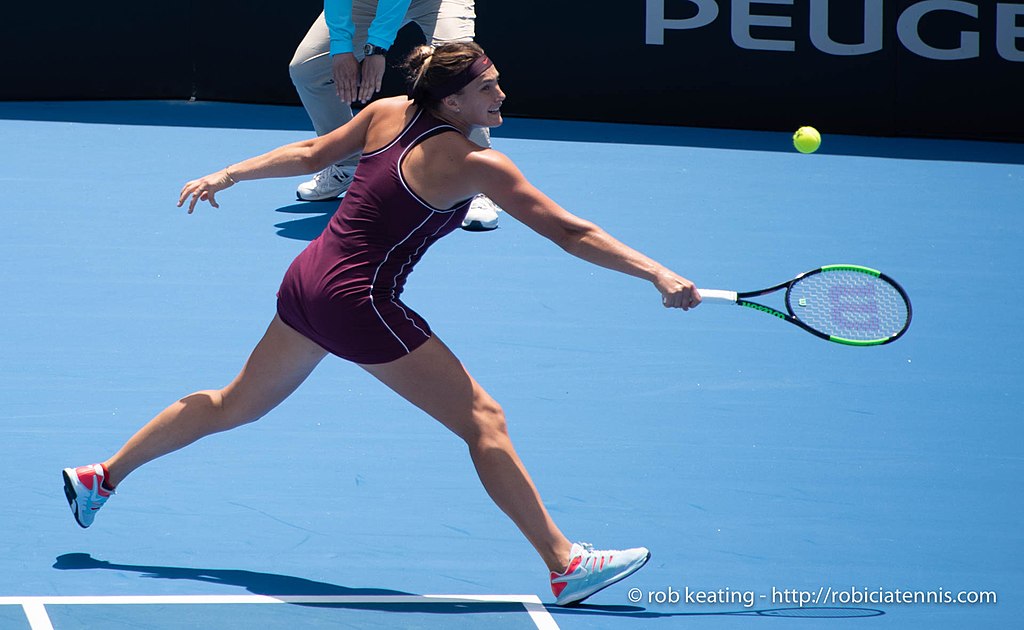 Alex De Minaur has secured a spot in the finals of the Antalya Open after taking down David Goffin in a three-set thriller.

He’ll advance to his 8th finals on the ATP tour and will face off against world No.49 Alexander Bublik, who defeated Jeremy Chardy in three-sets to secure his spot in the final of the Antalya Open.

And de Minaur wasted no time in getting on the score sheet. Using his lightning forehand to force two errors from the experienced Belgian, de Minaur broke his opponent in the opening game of the match.

But he didn’t let up just there. Mounting pressure on Goffin, de Minaur challenged again with a couple of tricky line shots, but Goffin stood firm and parried de Minaur’s attack to save a breakpoint and give himself some breathing room.

Dropping only 3 points on his serve, de Minaur was clinical on the offence and used his belting service game to comfortably close out the remainder of the first set.

Although he struggled on serve in the second set and allowed Goffin to secure himself a foothold in the match.

The Belgian powered several strong returns back on the Australian’s serve and de Minaur struggled to cope with Goffin’s aggressive response.

The former world No.7 presented Alex de Minaur with his biggest test of the tournament and took a promising 0-3 lead, firing some unreachable cross-court shots away from de Minaur to draw level at one set apiece.

But de Minaur hit back in what was a thriller of a 3rd set.

Using his bolting pace, de Minaur took the lead, capitalising on two double faults from Goffin and finished the game off striking a big winner down the line to break the Belgian’s serve.

What followed was an incredible passage of play that saw de Minaur utilise the full force of his ferocious counter-attacking game to return some impossible shots. And although he saved a breakpoint, he couldn’t quell the Belgian’s advance on his own serve, allowing Goffin to nick one game back.

But the Australian got angry, firing back at the Belgian to win a mammoth 22-shot rally that broke Goffin’s resulting service.

Smashing the ball back and forth, Goffin tried to stretch de Minaur from tramline to tramline, but the young Aussie retrieved each shot, to play a deep-lying lob over the top of the advancing Belgian to win a huge point.

Goffin had no response to what was an astounding piece of play from the young Aussie, who cruised through the final two games to win the match.

The 21-year-old’s resilience and speed were simply phenomenal, recovering multiple sure-fire winners from Goffin, who had no response to de Minaur’s belting forehand.

“I knew it was going to be a tough match, and I’d be under pressure when serving,” Alex de Minaur said to ATP Media. “I had to reset and go back to my game plan and my strengths after I lost the second set. I won some tough rallies in the third set, and that helped me out for sure.“

He’ll now face off against 23-year-old Alexander Bublik in the final of the Antalya Open.

This will be the first time the pair will have met, and de Minaur will have to guard against the unpredictability of Bublik, who once told ATP Media that he was a “gambler” when it came to tennis.

And we certainly saw his unpredictability this week, upsetting the odds to take down No.1 seed Matteo Berrettini in straight sets. Bublik will be looking to continue his run of good form to claim his first ATP Tour championship.

Notably having won 6 times on the challenger tour and falling short in two ATP Tour finals at Chengdu and Newport Beach in 2019, he will be full of confidence after a great week in Antalya.

Although we’re still backing de Minaur’s pace and ruthless power to be too much for Bublik.

Having won three championships on the hard surface, de Minaur’s experience, explosive movement, and ability to respond to almost any shot means he should comfortably outpower his opponent to win the tournament.

“Alex can beat any player on any given day, and he has lots of firepower,” said De Minaur.

“So I will need to rest and prepare well ahead of the final.”

Thanasi Kokkinakis was one of seven Australians to advance to the second round of the Australian Open after claiming his first home grand slam win in six years.
Ed Carruthers