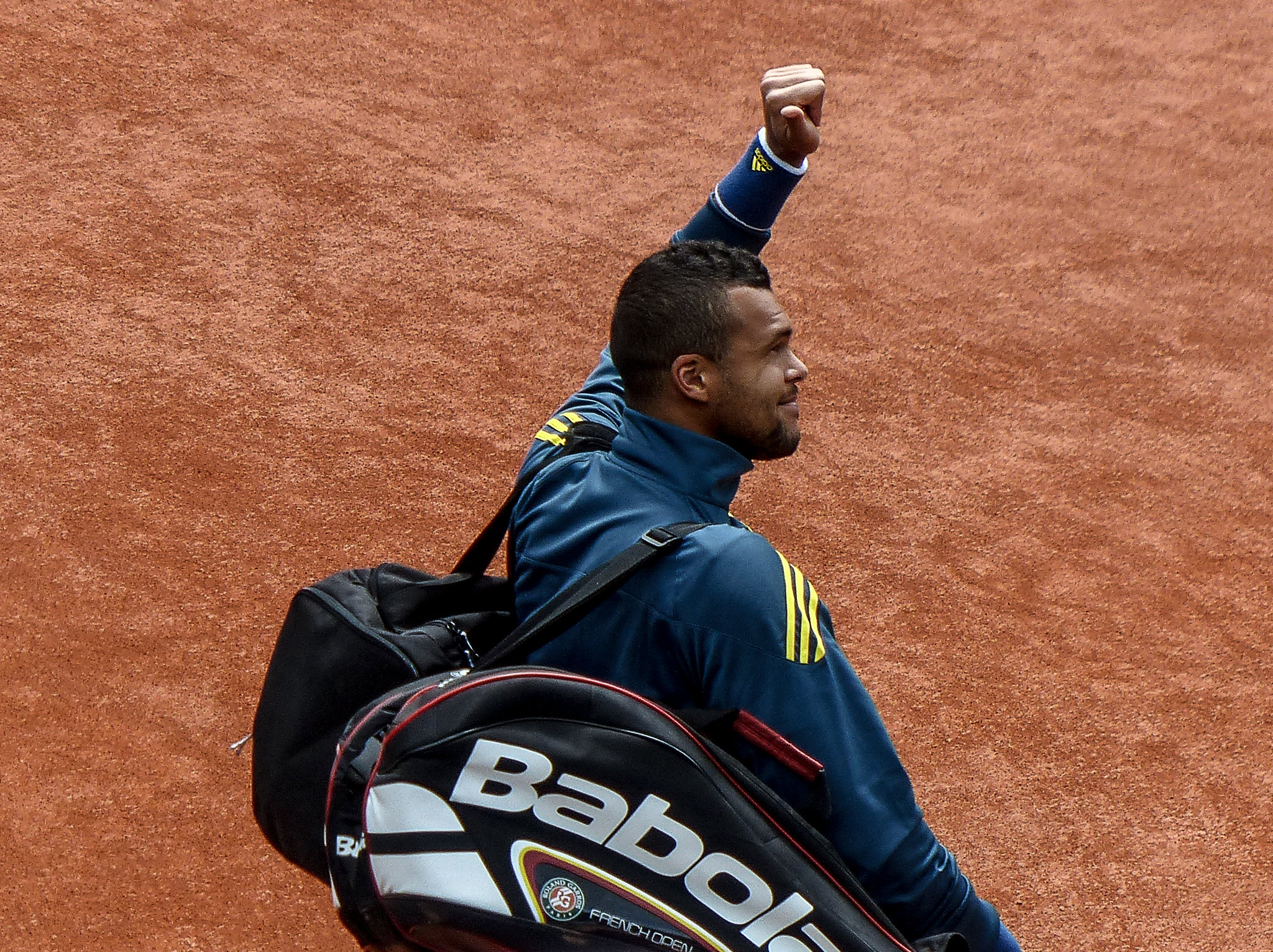 From line judges to hip-hop bands. We take a look back at some of the highs and lows of the 2020 tennis season.

What a coronacoaster that was.

So much has happened in what has been a crazy year.

From bushfires to Brexit, Trump to Tesla, it’s certainly been a whirlwind, perhaps for better and for the worse.

And it’s been a baffling year for tennis too.

The deluge of the pandemic halted play right in the middle of the tennis season with multiple events being postponed or cancelled as the pandemic quickly spread around the world.

Wimbledon was cancelled for the first time since the Second World War, while Indian Wells and the WTA Finals in Shenzen also fell victims to the pandemic.

But after a solemn six month wait for tennis to return, the season was resurrected in August, albeit in eerie circumstances.

Limited fans, social distancing, and reduced player rosters all seemed a strange sight at first, but tennis was back!

We eventually got to see our favourite players battle it out at Roland Garros, although 3 months late, and it was certainly worth the wait to see 19-year-old Iga Swiatek brush past her opposition to win her first grand slam.

We also saw the big three’s perpetual grand slam hegemony come to an end at the hands of Dominic Thiem, while Novak Djokovic was disqualified from the competition for hitting a ball at a line judge.

In the year everyone had to work from home, we are immensely grateful for the reprieve tennis gave us, bringing some excitement and distraction to people’s lives during extremely challenging circumstances.

Here are some of our favourite moments from the 2020 season, starting with the man who stole all the headlines…

Whether it was whacking tennis balls at a line judge at this year’s US Open, or winning his 17th major championship, it’s been some year for the Serbian.

Djokovic got his season off to a ripping start, guiding Serbia to win the inaugural ATP Cup while retaining his Australian Open title. And he didn’t stop there, picking up wins in Italy and Cincinnati, while also making it to the finals of the French Open.

It was his actions off-court that were the biggest talking points for the Serbian.

He came under fire after hosting the Adria exhibition tournament in June, which failed to meet any COVID-19 safety protocols.

Several players, support staff, and family members subsequently contracted the virus, and it was no wonder why the Daily Mail dubbed him “Covidiot” of the year.

After he was disqualified from the US Open because of the incident with the line judge, Djokovic then announced he and Vasek Pospisil were assembling the Professional Tennis Player’s Association (PTPA) much to the criticism of the ATP who did not want the PTPA in the system.

Others disagreed with the move, including Rafael Nadal who concurred the association’s inception was counterintuitive to the current objectives the ATP and WTA should be striving for. Surely during the middle of a pandemic, the last thing that would be beneficial for tennis is to cause more division between it’s governing bodies?

The band that wouldn’t stop playing

On a lighter note, one of the funniest moments of 2020 came at the ATP250 in Cologne where tournament organisers had hired Jimmy Fallon’s in-house band, The Roots, to liven up the atmosphere in the absence of fans.

The band were in full swing between points, and were having so much fun they wouldn’t stop playing, even when the umpire called time.

Check them out in the video below!

Calls for the unification of the tours have been raging for some time.

And this year they gathered more steam with 20-time major champion Roger Federer questioning, why hadn’t the tours aligned themselves yet?

I agree, and have been saying so since the early 1970s. One voice, women and men together, has long been my vision for tennis.

The WTA on its own was always Plan B.

I’m glad we are on the same page.

Back in November, the WTA underwent a huge branding overhaul that saw logos, policies, and tournament nomenclature all see big transformations.

Renaming the WTA Tour events was perhaps the most notable of those, with the WTA following in suit of the ATP’s tournament naming structure.

Aligning the tournament format provides tour organisers with the ability to host both tours in similar events, while also keeping both ranking systems reasonably similar.

Honoring the past, present and future.

And perhaps this move was a step towards the unification of the two tours which would spell countless benefits for both the men’s and women’s game.

Gregor Dimitrov wins our award for the most outrageous skills on tour this year.

It’s technically not tennis, but he still managed to baffle Rafa Nadal and most of the audience at Acapulco with this simply audacious bit of footwork.

Ronaldo would be proud of that one.

Iga Swiatek’s French Open win was one of our favourite moments of 2020.

The unseeded 19-year-old didn’t drop a single set during the tournament, sweeping past Nadia Podoroska, Eugenie Bouchard, and Wimbledon champion Simona Halep on her way to the final.

And she finished off the tournament in style, taking apart Sofia Kenin’s belting service game, to become the youngest woman to win at Roland Garros since Monica Seles in 1992.

Overwhelmed with emotion, the humble teenager showed the experience of a much older player, combined with her youthful ferocity to dispatch even the best of opponents.

We can’t wait to see her back in action in Australia in February.

“I am just proud of myself. I have done a great job in the past two weeks. I wasn’t expecting to win this trophy. It’s obviously amazing for me. It’s a life-changing experience. I never would have thought that I was going to be in the final. It’s crazy. I just kept believing in myself. It’s like a dream come true. Basically I was a little bit overwhelmed.” – Iga Swiatek, following her win at the French Open.

In September, Naomi Osaka walked out to her first match at the US Open, wearing a mask with Breonna Taylor’s name printed on it.

Osaka was not just at the US Open to play tennis.

Although the Japanese-born superstar went on an 11-game winning streak to claim her third grand slam in 3 years, it was clear her goal off-court was to raise awareness of the ongoing issue of police brutality occurring around the world.

The 23-year-old’s belting forehand and brilliant footwork shone through on-court as she smashed her way to the US Open final, where she defeated 2-time major champion Victoria Azarenka.

But for each of her matches, Osaka wore a different mask with the name of another American who had unjustly suffered at the hands of police brutality. Those included, Trayvon Martin, George Floyd, and Philando Castile.

This year Naomi Osaka has not only become a tennis champion but through her activism and work to highlight social injustice, has also become the peoples champion.

And we can’t wait to see her back on the court next year.

The break in the chain: Dominic Thiem

The time has come for a new generation of players to take the reigns off Federer, Djokovic, and Nadal. Perhaps Thiem is the most equipped to do so.

Thiem’s triumph at this year’s US Open made him first player outside of Federer, Nadal, and Djokovic to win a grand slam since Stan Wawrinka in 2016.

But it’s been a long time coming for Thiem, who failed to win consecutive finals at Roland Garros in both 2018 and 2019.

After his superb performance at the ATP Finals in November, he’ll undoubtedly be in the mix to win another grand slam in 2021.

Speaking of Dominic Thiem, the show he and Rafael Nadal put on at the ATP Finals was one of the most amazing tennis displays we have seen this year.

It was a clash of the titans, with the two most recent major winners facing off in a do-or-die match.

And two titanic tie-breakers were enough for Thiem to win the group and advance to face-off against Novak Djokovic in the next round.

It can only be topped by Garbine Muguruza and Simona Halep’s enormous bout at the Australian Open earlier on in the season.

The rallys in this match were simply phenomenal to watch, and again it came down to the wire.

The first set went to a tiebreaker that saw both players fending off their opponents’ monstrous service while nipping some delightful drop shots around the court to trouble their challenger.

Muguruza only just came out on top, breaking Simona Halep twice late on in the second set to advance to the finals of the Australian Open.

Victoria Azarenka is our comeback player of the year.

After struggling with personal issues over the past few years, the Belarusian took some time away from tennis to recoup. But on her return, she struggled to reach heights of old, with those issues seeming to take their toll on her tennis game.

But this year, the two-time major winner got back to her winning ways, coming away with a win at the Western & Southern Open in New York, and battling back from one set down to beat Serena Williams to secure herself a place in the US Open finals.

We excited to see Azarenka back in action again next season and hopefully, she can continue her run of good form into next season. Perhaps she could even pick up the third Australian Open title of her career this coming February.

Proving the old guard still have plenty left in the tank, Rafael Nadal won his thirteenth French Open championship back in September.

The win was perhaps one of his most significant as it drew the Spaniard level with Roger Federer’s 20-time grand slam record.

With Federer having withdrawn from the 2021 Australian Open, all eyes will be on Rafa to go one better than his Swiss rival to become the first to claim 21 grand slam championships.

Rise of the young guns

We’ve spoken a lot this season on how a group of new young players are starting to take the tennis world by storm.

On both the men’s and women’s circuits, big names like Daniil Medvedev, Stefanos Tsitsipas, Sofia Kenin, and Ashleigh Barty are dominating tournaments and are challenging for the major titles.

It won’t be long before we see them knock the likes of Serena Willams, Federer, Nadal and Djokovic off their thrones, and we are very excited to see some of the enormous battles this new crop of young players will put on for us in 2021.

With a full season of tennis ahead of us and players like Ashleigh Barty set to return to the circuit next season, 2021 is going to be a massive year for the sport, all kicking off at this year’s Australian Open.

Make sure you don’t miss out on any of the action and grab your tickets for the 2021 Australian Open at Tixel.com.au.

We're in for a blockbuster fourth round at the Australian Open with Aryna Sabalenka facing off against 23-time major champion Serena Williams.
Ed Carruthers 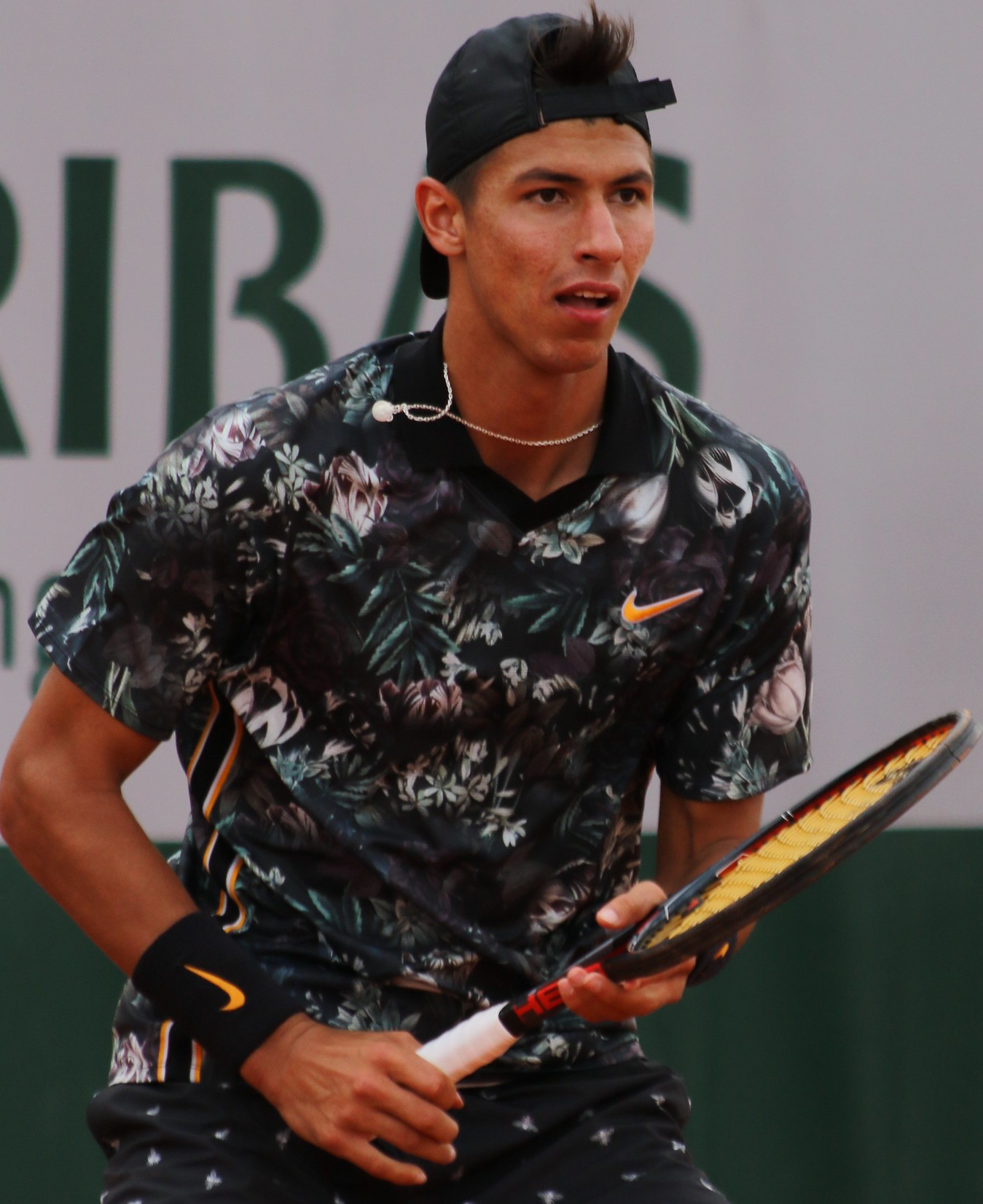